A downloadable game for Windows

100Vs version05 is the game jam version.

Version 0.5 has a lot of crashing bugs, those should all be fixed in version 0.61 ( aveliable now)

Version 0.7 is latest stable version 15JUN2019
With that, the game moves into open Alpha, feedback and suggestions are more than welcome.

Kept getting a "Cannot open input file" message when trying to run the game.

Odd. What version, the Jam version or 06?

Im addition, what operating system do you run it on?

Alright, I tried the 06 version and that worked just fine.

Cool game, looks like you spent quite a lot of time on the RTS type controls and the unit upgrades. I like the sketchy ui.

My strategy generally ended up being just packing the units in as close as possible and then bumrushing. I would have liked to be able to retract my decision on who to upgrade -- at one point I tried to upgrade the soldiers with helmets, armor, and axes, and there was no option so I had no choice but to skip.

Hehe, yea the strategy part is not so deep yet.

You should be able to press the back botton, but I can see i forgot to lable it... (or label it before i render it... Stupid me... 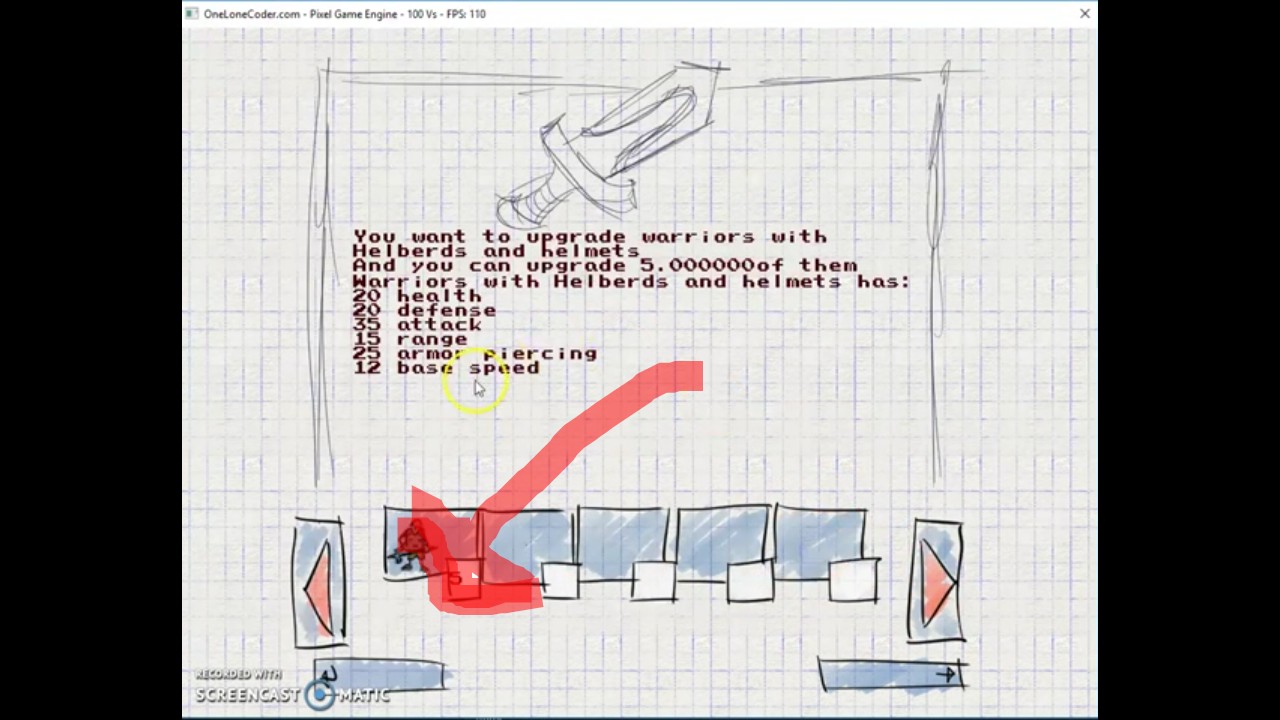 Ahh, I was clicking on the red button to go back (Even though I knew that was for the units). 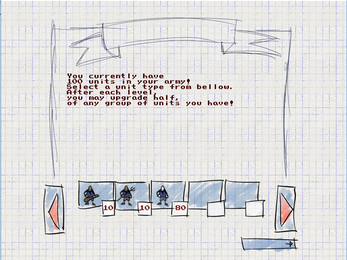 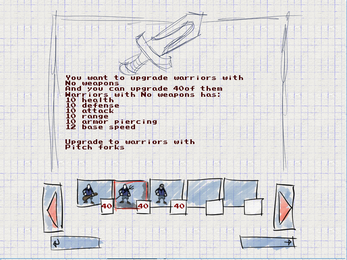 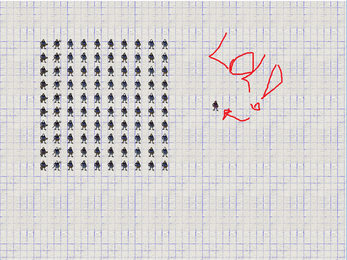